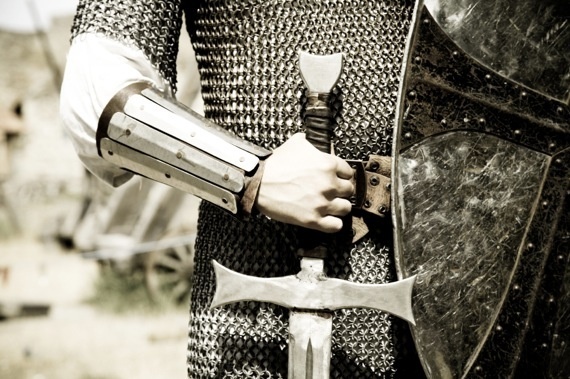 1 Samuel 24:16-19, 21-22
“And it came to pass, when David had made an end of speaking these words unto Saul, that Saul said, Is this thy voice, my son David? And Saul lifted up his voice, and wept. And he said to David, Thou art more righteous than I: for thou hast rewarded me good, whereas I have rewarded thee evil. And thou hast shewed this day how that thou hast dealt well with me: forasmuch as when the LORD had delivered me into thine hand, thou killedst me not. For if a man find his enemy, will he let him well away?… Swear now therefore unto me by the LORD, that thou wilt not cut off my seed after me, and that thou wilt not destroy my name out of my father’s house. And David sware unto Saul. And Saul went home; but David and his men gat them up unto the hold.”

David had been in great distress running from cave to cave, and from one wilderness to the other because of his persecutor Saul who want to kill him for envy. But as it happened in the verses related above, Saul would have been killed by David but David chose to spare his life because he had the fear of God in him. Now David called out to Saul and announced how God had delivered him into his hand but chose rather to spare his life. This baffles Saul and made him weep especially because he must have reflected how his life was at the mercies of David some moments ago. This made him temporarily repent of his evil agenda as he spake to David like a father to his son, finally he left pursuing and went home “But David and his men gat them up into the hold”

This is a clear message and warning to us Christians today. David was not carried away by the temporal repentance of Saul, But he and his men were still on guard! As a believer, the enemy – the devil is never happy with you no matter what he says or do, no matter whether he seem to disappear for some time, he will surface again if he sees the opportunity and that is why you must always be on guard and watch out. Never give him an opportunity to carry out his wicked plots and as you keep yourself, the Lord Himself will keep you in Jesus name!

Commit to Memory:
“Be sober, be vigilant; because your adversary the devil, as a roaring lion, walketh about, seeking whom he may devour:” – 1 Peter 5:8