Who we join ourselves to matters

2 Chronicles 20:35-37
And after this did Jehoshaphat king of Judah join himself with Ahaziah king of Israel, who did very wickedly: And he joined himself with him to make ships to go to Tarshish: and they made the ships in Ezion–geber. Then Eliezer the son of Dodavah of Mareshah prophesied against Jehoshaphat, saying, Because thou hast joined thyself with Ahaziah, the LORD hath broken thy works. And the ships were broken, that they were not able to go to Tarshish.

The people we join ourselves to in life has the capacity to either define our success or failure, our victory or defeat, our honor or dishonor in the sight of God.

From the text in consideration, Jehoshaphat king of Judah joined himself with Ahaziah king of Israel, who did very wickedly, to make ships to go to Tarshish.

The word, join, appeared thrice in each verse of the text, which is giving an emphasis and bringing to our awareness that God was particular about Jehoshaphat’s act of joining himself with someone that did very wickedly in his sight. So the reason is clear why God broke their work – he doesn’t approve of their partnership and was preserving Jehoshaphat from sinning against him.

When we make friends with people that give themselves to displeasing God, we expose our self to danger. An example was cited in the previous two chapters of 2 Chronicles; that is, 2 Chronicles 18:1-7, 12-13, 27-32, where Jehoshapat joined himself with Ahab, the father of Ahaziah, king of Israel to fight against Ramoth-gilead. There, he almost lost his life, but for the mercy of God, he was delivered.

Later in chapter 20 of 2Chronicles, he joined himself with Ahaziah for what seems like a peaceful partnership. The two kings, though of near relation could not work together because they both had divergent interests about spiritual matters. Their view of godliness and righteousness were on the opposite end of the spectrum. Therefore, it was an unequal yoke. You could use that as another word for join.

As Christians, God want us to be careful in the choices we make because unequal yoking pulls us in a direction different from the direction God intend for us which, subsequently, is able to pull us down sooner or later. While we have friends, partners, colleagues or business associates, leaning on God’s word for wisdom will help us know where to put the limits and draw the line while remaining at peace with others.

Dealing with a weakness

The challenge with some people is there inability to say no to things that run contrary to the will or word of God, or even things that are just generally bad or not necessary, because they may not want to offend the other person. But if we want to please God, we have to learn to say no.

Though not limited to the following, the inability to say no could result from any of these;

It is important to note that saying No is not an act of wickedness and saying Yes is not kindness. Before you say yes to others, first, say yes to God. Seek the approval of God before the approval of men and don’t be afraid to be yourself.

Jehoshaphat felt it was kind not to turn his fellow king, Ahab‘s offer, down. But Ahab, on the other hand, who knew he was going to meet his dead end at the battle ground as God had told him through Micaiah the prophet, wasn’t kind enough to tell king Jehoshaphat to also put off his kingly robe since the king was the enemy’s target. Rather, he said, “I will disguise myself, and will go to the battle; but put thou on thy robes.”

After a narrow escape in chapter 18, Jehoshaphat later joined himself with Ahaziah for commerce, to make ships. He might have thought, “this ‘joining’ must be safe since it was a peaceful one unlike that of Ahaziah’s father, Ahab,” but yet, God disapproved of it and broke their work.

At times, when God wants to stop us from going against him, he scatters our work

The devil uses different approaches to make a Christian go against God. So another suggestion from Ahaziah was, okay, since God don’t want us to do this together, let my servants go with your servants in the ships, but Jehoshaphat’s response this time was – NO

Jehoshaphat, after God’s warning, now understands that God don’t want that partnership, neither for him nor for his servants. He refused the suggestion. Saying no, and meaning it, settled the matter.

Jehoshaphat learnt to say no before his death. He took the warning from God and changed his mind on his partnership with Ahaziah. We too must start trusting God and learn to say no, and not let our weaknesses outlive us.

Faith Nwabuisi is a Christian inspirational writer and web developer who uses both gifts to be profitable in God's kingdom and her society. 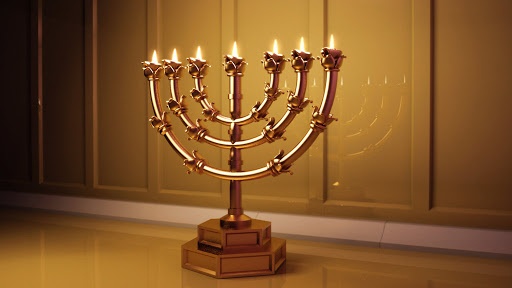 The 9 symbolic revelation of Jesus

Introducing Expositions on moment with God