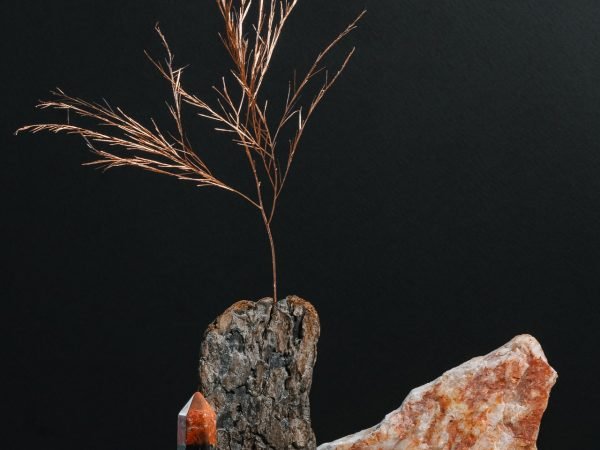 There are instances in the Bible where great men started very well with God but ended up badly. In the case of Solomon, the wisest king, he began his reign in the service of God but ended up in many services to strange gods. Uzziah also, started very well and was greatly helped by God, but ended up with God’s punishment of leprosy for going into the temple to perform the duty assigned only for the priests. Jehu had a zeal for the Lord at the beginning of his appointment but wasn’t careful to follow God’s holy standards.

The reason for starting in the spirit and ending in the flesh could be as a result of our being confident after attaining some level of knowledge, experience, revelation, power, or favor from God without seeing any further need of dependence on him. When we are full and satisfied, with a false sense of safety in ourselves.

It is when men presumed a right for themselves in respect to their spiritual attainment, as in the case of Nadab and Abihu, Aaron’s sons; or from fear, anxiety, and, faithlessness in God as will be seen in the life of a man called, Jeroboam, this post.

Jeroboam, one of Solomon’s chief servants was met on his way by the prophet Ahijah in 1 Kings chpt. 11, who announced the verdict of God concerning what will become of the kingdom of Israel, and the new operation that will follow in the regime of Rehoboam because of the sin of Solomon, David’s son.

1 Kings 11:29-31 Says,
“And it came to pass at that time when Jeroboam went out of Jerusalem, that the prophet Ahijah the Shilonite found him in the way; and he had clad himself with a new garment; and they two were alone in the field: And Ahijah caught the new garment that was on him, and rent it in twelve pieces: And he said to Jeroboam, Take thee ten pieces: for thus saith the LORD, the God of Israel, Behold, I will rend the kingdom out of the hand of Solomon, and will give ten tribes to thee:”

Jeroboam, while returning from his self-exile, was clothed with a new garment which the prophet Ahijah took hold of and divided into twelve pieces as a symbolic way of passing across the message of God to him.

In the Old Testament, sometimes God asks or allow his messengers to use practical methods to deliver his message, as we see in the case of Ezekiel, in Ezekiel chapter 4 where he was asked to lie on his left side for the house of Israel for a period of three hundred and ninety days, and to lie on his right side for the house of Judah for forty days, bearing their iniquity. Also, the prophet Hosea takes a harlot as a wife and bears a son and a daughter with the harlot as commanded by God to show how his people Israel has forsaken God to become spiritual harlots and bear children who will be punished by God.

God has decided to rend the kingdom of Israel out of the hand of Solomon, but for the sake of his covenant with David, where he said that he will not lack a man to sit on his throne, he allowed two tribes – Judah and Benjamin, to remain with David while giving away ten tribes to Jeroboam, an Ephrathite, Solomon’s servant. God was also displeased with Solomon and could have started dividing the kingdom of Israel in his days, but still, for David’s sake, he allowed him finished his reign before fulfilling his words at the beginning of Rehoboam, his son’s regime.

1 Kings 12:1-5,12-13,15-16
“And Rehoboam went to Shechem: for all Israel were come to Shechem to make him king. And it came to pass, when Jeroboam the son of Nebat, who was yet in Egypt, heard of it, (for he was fled from the presence of king Solomon, and Jeroboam dwelt in Egypt;) That they sent and called him. And Jeroboam and all the congregation of Israel came, and spake unto Rehoboam, saying, Thy father made our yoke grievous: now therefore make thou the grievous service of thy father, and his heavy yoke which he put upon us, lighter, and we will serve thee. And he said unto them, Depart yet for three days, then come again to me. And the people departed.

So Jeroboam and all the people came to Rehoboam the third day, as the king had appointed, saying, Come to me again the third day. And the king answered the people roughly, and forsook the old men’s counsel that they gave him; Wherefore the king hearkened not unto the people; for the cause was from the LORD, that he might perform his saying, which the LORD spake by Ahijah the Shilonite unto Jeroboam the son of Nebat. So when all Israel saw that the king hearkened not unto them, the people answered the king, saying, What portion have we in David? neither have we inheritance in the son of Jesse: to your tents, O Israel: now see to thine own house, David. So Israel departed unto their tents.”

Following the dividing of the kingdom, everything that played out was divinely orchestrated. From the incorrigible response of Rehoboam to the people’s request to reduce their work burden, the eventual breaking away of ten tribes from the house of David, and their choosing Jeroboam as the new king over the southern kingdom of Israel. God authored it to bring his words to pass.

The promises of God are with a condition, the condition being that we equally continue in his ways and commandments. David knew this and advised his son, Solomon before he became Israel’s king.

The whole episode seems to happen in such quick succession that after Jeroboam has settled as king over the ten tribes, he could not help but start seeing the likelihood of the people returning to the house of David as quickly as they rebelled.

“And Jeroboam said in his heart, Now shall the kingdom return to the house of David…” He already envisaged that happening. Therefore, in his quest to protect his office and keep the people under him, he took counsel and came up with inferior plans that became a sin in Israel.

It was recorded in verse 28 of 1 Kings 12, that Jeroboam took counsel, that is, he came up with an initiative of what he thought best to remedy the situation. Firstly, he made two calves of gold, placed one in Bethel and the other in Dan. Secondly, he made a house of high places and made priests of the lowest of the people. And thirdly, he ordained his own day for the feast of tabernacles.

These three things, though done out of the pressure of fear and anxiety, brought Jeroboam to set himself against God, as they were not just sins done against a fellow man, but directly against divine command.

#1 – Two Calves of Gold: One of the reasons God appeared in form of smoke on top of Mount Horeb where Moses went to meet with him, was so that the children of Israel would not see his form, and begin to make idols for themselves saying, it is God. He also charged them not to make any figure in the name of God with their hands as that will lead to idolatry. But out of fear and anxiety, Jeroboam repeated what the children of Israel did in the wilderness in making a golden calf and worshipping it as the god that brought them out of Egypt. 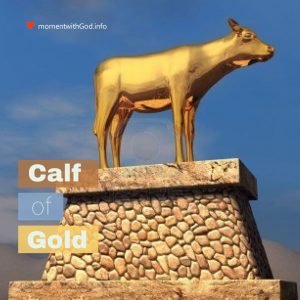 He committed a vertical sin [1]The word vertical sin is used in this article to mean sin done against God. It is not directly mentioned in the Bible – that is, sin against God, when he introduced other gods in Israel and said unto the people, “It is too much for you to go up to Jerusalem: behold thy gods, O Israel, which brought thee up out of the land of Egypt.”

Israel went away from God into idol worship.

The chosen place by God for the people to worship was Jerusalem. Since the division of the kingdom was of God, the people could not have returned to Rehoboam, though they go to Jerusalem to worship.

#2 – A House of High Places and Priest of the Lowest of the People:

“And the priests the sons of Levi shall come near; for them the Lord thy God hath chosen to minister unto him, and to bless in the name of the Lord…” (Deut. 21:5)

The same reason God drove out the former inhabitants of Canaan was that they were seeking God where he was not. But Jeroboam, as a result of fear, not only reared up altars of worship but also made priests of every sort of which were not of the sons of Levi. As many as volunteered to be priests, he ordained.

#3 – The Eighth Month for the Feast of Tabernacles:

Leviticus 23:34 KJV
“Speak unto the children of Israel, saying, The fifteenth day of this seventh month shall be the feast of tabernacles for seven days unto the LORD.”

Jeroboam missed the purpose of the feast of tabernacles. “…seventh month… for seven days unto the LORD.” He ordained his to be on the fifteenth day of the eighth month.

The Reward for Ending in the Flesh

God started it all for Jeroboam, but Jeroboam helped God finish it. God was not the author and finisher here.

Jeroboam used his inferior plans to spoil God’s superior plan for him and his people.

The same prophet who announced the turning of the ten tribes to Jeroboam was used by God to announce his judgment on the house of Jeroboam for turning his back against him.

We are advised to not use our inferior plans to spoil God’s superior plan for our lives. We should always commit our ways, fears, and troubles into the hands of God and trust him to see us through. When we fail to ask God for help, then we let fear overtake us, which will make us try to help God. And when we try to help God, he will give way, and watch us try. We can trust God in every situation.

What has God started and you are trying to finish? Don’t help God. Let him be the author and the finisher. 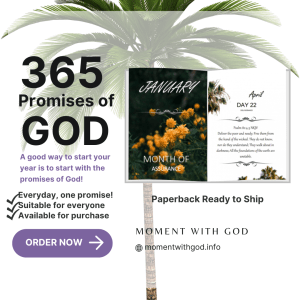 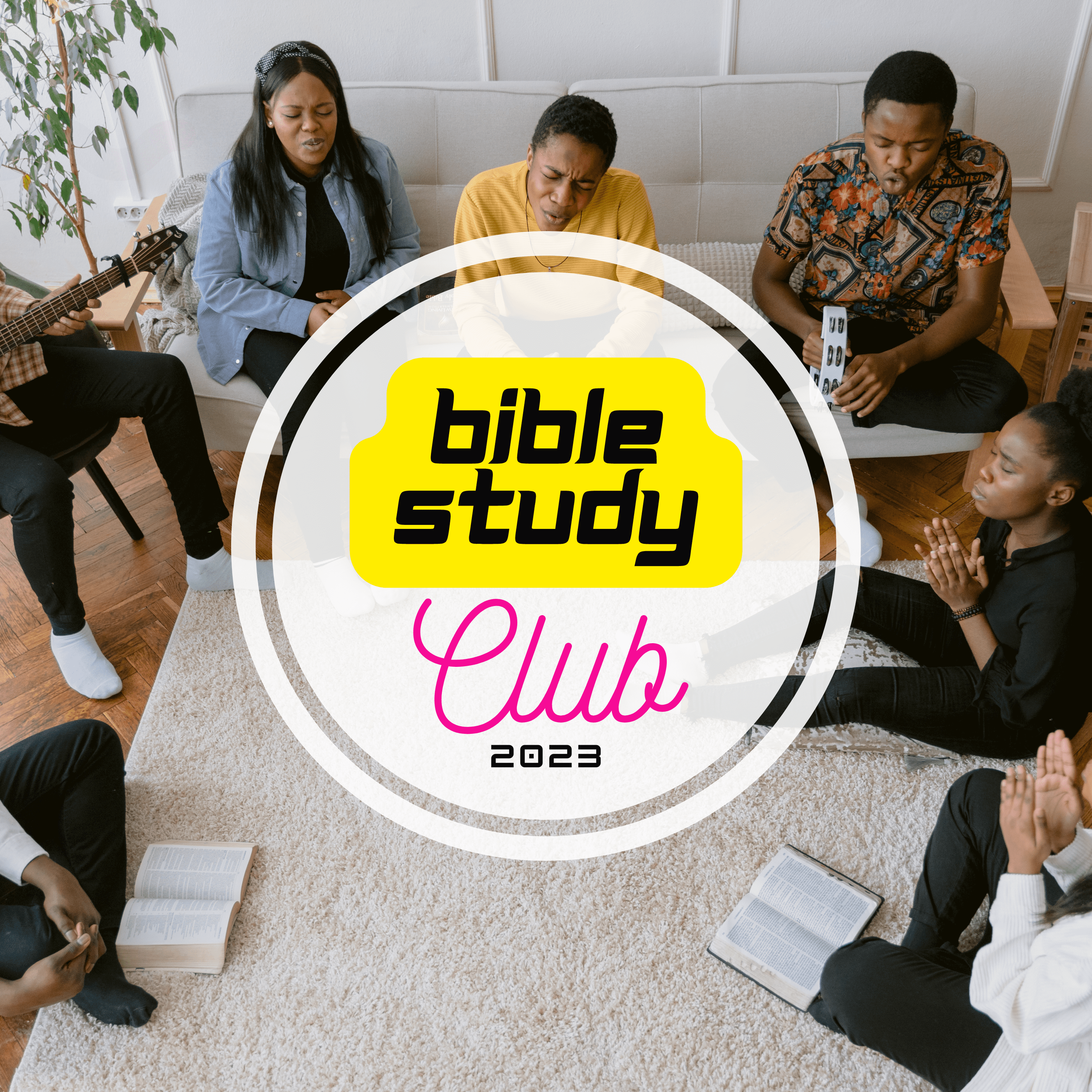