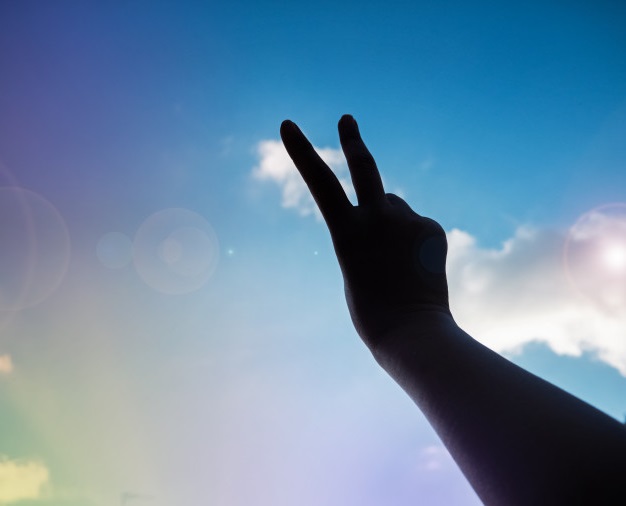 Exodus 16:4-5,22,26,29
“Then said the Lord unto Moses, Behold, I will rain bread from heaven for you; and the people shall go out and gather a certain rate every day… And it shall come to pass, that on the sixth day… it shall be twice as much as they gather daily. And it came to pass, that on the sixth day they gathered twice as much bread, two omers for one man… Six days ye shall gather it; but on the seventh day, which is the sabbath, in it there shall be none. See, for that the Lord hath given you the sabbath, therefore he giveth you on the sixth day the bread of two days; abide ye every man in his place, let no man go out of his place on the seventh day.”

I was reading this passage of the Bible and got interested on verse 29, “…therefore he giveth you on the sixth day the bread of two days.”

While I read other parts, I couldn’t read by this one. It was as if something held me down to it to give it more thought.

What does that mean, “…the bread of two days”?

No doubt, God was instructing the children of Israel concerning the double portion of manna they were to gather on the sixth day against the seventh. But on the other hand, it is also showing us the purposeful nature of God. That is to say, His surplus provision for his people was not to overfeed them on the sixth day, rather it was to provide them with the necessity they needed to keep the ¹Sabbath of rest. If the children of Israel had not kept the instruction of God, and they chose to eat up everything they gathered on the field the sixth day, God is still able to rain even double but he would not because he has already done so and gave instruction that requires the people’s obedience.

Sometimes ago I came across someone’s status which read;

“God is always in a good mood”

Well, I don’t know how true that is but if I would rephrase that, I’d rather say, God is Holy.

Why did I say so? The Bible says that God is angry with the sinner everyday – every blessed day. That shows a God that can be angry and that is no good mood. But the truth remains that whether he is angry with the sinner or happy over the righteous, it is because of his holy nature not because of a personal scores he has with the individual. So saying that God is always in a good mood sounds rather frivolous and light, and God is not light but weighty. If the children of Israel had thought so too, that God is always in a good mood, they would have probably seen the double portion of manna coming down on the sixth day as one of God’s good mood, but unfortunately, they would have to starve on the seventh day because God will not be on a very good mood to go against his word and commandment the next day being the Sabbath of rest

Three quick things to take from this teaching.

If you take a look at the first word in verse 29 of Exodus 16, you’ll discover those truths in it. The word “SEE” was used by God to emphatically call the consciousness of the people to the reason for the surplus. It was because they were not expected to go out to the fields the following day. If they had missed that, they would only hope for manna from above on the seventh day but in vain

“See, for that the Lord hath given you the sabbath, therefore he giveth you on the sixth day the bread of two days; abide ye every man in his place, let no man go out of his place on the seventh day.” — Exodus 16:29

We must see the reason for God’s surplus provision in our life.

Something was about to happen in the land of Egypt and God revealed it to Pharaoh in a dream. It was a seven years of plenty which would be accompanied with seven years of severe famine throughout the entire land. During those seven years of plenty, there will be enough corn that could cover for the preceding years of famine and God was mindful of the whole land to prepare them against those years by revealing it to the king…

It was just a dream right? What if Pharaoh was not troubled at such a dream and sought for an immediate interpretation? What if he had taken it for granted and the land of Egypt had enjoyed good seven years of plenty, what would have become of the whole land?

Do you see the reason for God’s surplus provision in your life, family, community or church? It is for sustenance not squandering. You should lay them up. Joseph laid up corn in the land of Egypt against seven years of severe famine (Genesis 41:35). God commanded the children of Israel by the mouth of Moses to lay up the manna that remained until the morning.

Are you laying up?

Understanding Your Bread of Two Days

Perhaps you might be wondering, “how do I know my bread of two days?”

The answer is in listening to God and being sensitive to his direction. If you are a child of God then God definitely speaks to you and you have to know how he does speak to you. In the case of Pharaoh, he needed a Joseph to interpret the mind of God. This is because when someone is not yet a child of God (being born again), the Spirit of God that brings interpretation to the revealed word of God is not with the person neither does he live inside that person, as a result, they are unable to understand the things of the spirit.

Secondly, be sober and think meditatively inward. Keep a quiet heart. If the heart is always rowdy and crowded with thoughts, God will hardly speak, and even when he does it may be difficult to discern it. Thirdly, learn to make it a habit if you’ve not, to always ask Him for direction in all things. Be like a complete child that depends solely on him and you will hear him in everything.

“This I say then, Walk in the Spirit, and ye shall not fulfill the lust of the flesh.” — Galatians 5:16

Should this call for panic whenever God’s provision comes our way? No. It’s only an eye opener to the purposeful nature of God. When he gives to us, it is out of his liberality and should be received with cheerfulness. We should only ask him to help us see our bread of two days when it comes so that we won’t starve.

(For) The blessing of the Lord, it maketh rich, and he addeth no sorrow with it.”

¹The Sabbath of rest is a special day God set apart for us. It was the day he rested from all his labours (Genesis 2:1-3) and sanctified it as a holy day when we can focus on him and have time for spiritual things. In other for the children of Israel to keep the Sabbath, God rained the manna twice as much on the sixth day so that they need not go out to the field to work.