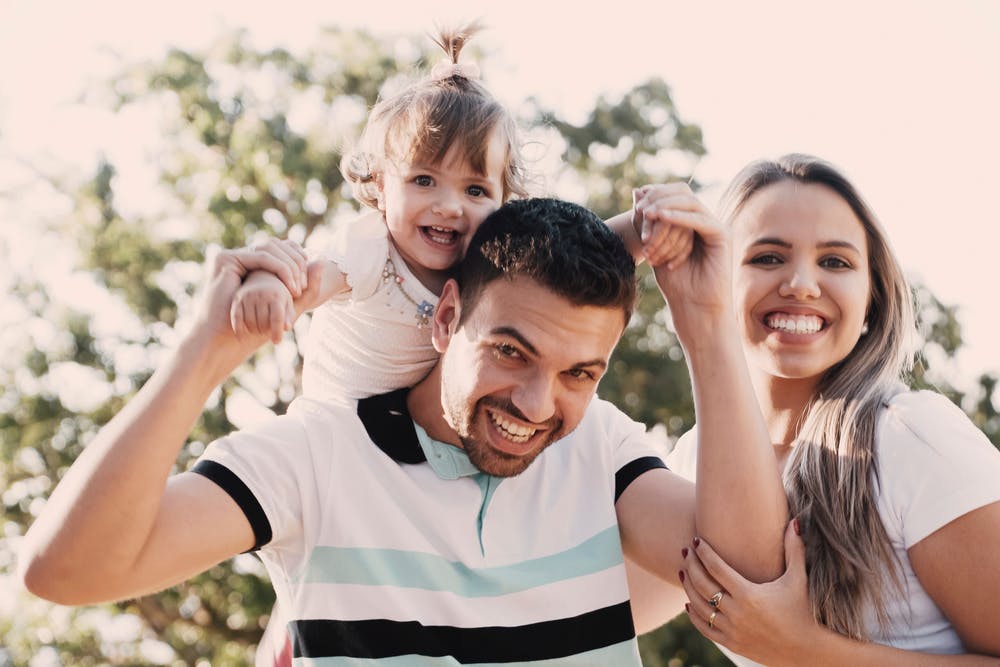 Every young adult looks up to becoming a parent someday and to have an opportunity to train their children. The Bible says that “children are the heritage of the Lord, and the fruit of the womb is his reward” But what if this Bible verse seems not to be forthcoming in the life of some married couples, would that become an error or a contradiction? That is what this post, Should Christians practice adoption seek to address.

We have heard and seen some couples struggle with the issue of infertility in which every medical method they have tried to have children of their own have failed and it has begun to look to them that they will go childless.

I read a story about a married couple who struggled with the issue of infertility, but they were believing God that he would visit them someday, they held onto the promises of God including the one that says, “delight thyself in the Lord and he will give you the desires of your heart.” Since they were children of God, they decided to start delighting themselves in Him and wait for him to give them the desire of their heart — which is a child of their own, but they soon discovered that they were more concerned in what God would give them than in actually just delighting themselves in the Lord. Like it will probably be with every other human in their condition, it is not an easy experience on their part. But there was something to note in the story of this couples, while they were going through this hard experience, the wife was going through some research of what it will take to legally adopt a child. At the beginning, the husband was not fully in support because he felt they can believe God to give them their own proper child and so he was dragging his feet not until he started perceiving the mind of God and seeing that his wife was in line all the way and that adoption is not out of place with God, he started giving his full support. Finally, they adopted their first child and another before God gave them a third child from their own loins.

The purpose of this story is to see how deep God is. Most times we lay hold on his promises and expect it to come in a certain way, we only look at one direction, never knowing that God cannot be bound and his promises can come to fulfillment in different ways. Another challenge for the couples after they now had their three children (two adopted and the third by birth), they started wondering if the third is more of theirs than the first two? But God in his infinite mercy taught this couples great things about himself from their pains and life experience about having children. While they thought or wonder on this, they got to know that neither of the children is theirs but God’s. They just happen to be in their custody to train and keep them. So indeed, whether we have children by birth or by adoption, the fact remains that they are gifts given to us by God and that gift we receive by grace. They also come to realise that even themselves as parent to their children are not their own but they belong to God. What revelation and what knowledge! God is indeed great and his ways are past finding it. Who can tell his going forth? He is worthy and greatly to be praised even in our deepest frustrating situation and confusion.

When Job was faced with life’s challenges, he wondered what was his sin that has made such to befall him. He desired to speak with God face to face and have real conversation with him, he could not understand his predicament and he asked so many questions, he even cursed the day he was born and prayed to lie down and never wake up so that his many sorrows will end and he would find peace, but after God replied his many questions and revealed his greatness and deep knowledge beyond compare to Job, he repented in dust and ashes. He knew that God is God and the only wise God. He come to realise that though worms eat his flesh, his Redeemer Liveth.

That is how some couples may feel after many years of trusting God yet without children. They might begin to feel cursed or that God is punishing them for one sin or for an unknown reason. But they forgot that God’s blessing is already with them if they stop looking only one way. If they will not see it as unlawful to adopt children when they are children of God and have the promises of God that He will give them children, they will have less sorrow and enjoy more blessings.

Before God gave this couple from the story a third child, he brought two to them from another source because “…the fruit of the womb is HIS reward.” It is His own, not ours, whether it is from our womb or not, the fruit of the womb remains God’s reward. So God can decide to reward you from another source or means, it must not be in one particular way we think or want, if we do so we limit God and try to stereotype him.

But unfortunately, some Christians are ashamed when it seems that the only option for them as regards having children is to adopt. Perhaps they feel the world or their society will see them less or incapable of having what it takes to bear children. They look at what people may say instead of looking at God, and if they must practice it at all they might even travel down to their village or somewhere far and hidden to adopt and remain there for a while after which they return in pretence that they have given birth to a child. And when they are asked, they try to defend themselves. Why are they ashamed?

Every true child of God called a believer today was adopted. For we were aliens from the commonwealth of Israel but God who has made us sons and daughters has given us a hope whereby we may now cry, “Abba Father”
God has a Son, Jesus, but didn’t count it a strange thing to add more sons and daughters that we may become heirs of God and joint-heirs with Christ (Romans 8:17). We don’t deserve it but he showed us mercy. If God has not adopted us as children, what would have become of us?

God is not against adoption. Whether we have children or not, adoption is no crime before God (as long as it is legally done). He has given us an example, we are free to follow his steps.

One of the ways to know what God truly commands is by the words he says and the things he does.

For those who still hide because of this, it is time to come out because our salvation plan by God was not done in a corner. It was open and still open, “for whosoever shall call upon the name of the Lord, shall be saved”.