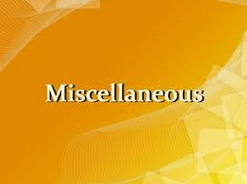 Do you know that the Samaritans where none else but ‘hybrid’ Jews?
What I mean is – How some Jews became Samaritans

After the death of Solomon, his successor Rehoboam reigned in his stead. Solomon was busy with women and idols that he did not mentor his son Rehoboam for the king’s position. When Rehoboam ascended the throne, as a result of his lack of wisdom to rule the people he lost ten tribes to Jeroboam and was left with only two tribes (Judah and Benjamin)

Now Jeroboam became king of the ten tribes in the North while Rehoboam was king to the two tribes in the South of the same nation – Israel. When Jeroboam became king, he introduced the people to idol worship by erecting an image for them to worship saying that the image was the god that brought them out of Egypt, this he did to stop the people from going up to Jerusalem to worship. As a result of Jeroboam’s sin, God became angry with the Northern kingdom for their idolatrous attitude and absence of worship of the true God so He sent them into captivity in the land of Babylon where the Northern kingdom were taken captive into Babylon. The children of Israel in the land of their captivity began to marry and give in marriages their children to the Babylonians, hence, they defiled their pure blood as Israelites

It is important to take note that Jesus Christ never cast any one off but all that will come to him in repentance and all that will believe the Gospel will still be saved.

“Then saith the woman of Samaria unto him (Jesus), How is it that thou, being a Jew, askest drink of me, which am a woman of Samaria? For the Jews have no dealings with the Samaritans. Jesus answered and said unto her, if thou knewest the gift of God, and who it is that saith to thee, Give me to drink; thou wouldest have asked of him, and he would have given thee living water.“ John 4:9, 10

You may have suffered isolation, separation or whatever it is as a result of what you have done, but if you come to Jesus today and ask for that living water, he will give it unto you to satisfaction and you shall drink to thirst no more. There is room in Jesus