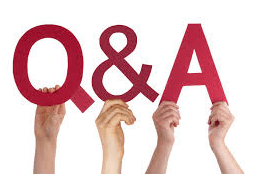 2 Samuel 13:1-5 “And it came to pass after this, that Absalom the son of David had a fair sister, whose name was Tamar; and Amnon the son of David loved her. And Amnon was so vexed, that he fell sick for his sister Tamar; for she was a virgin; and Amnon thought it hard for him to do anything to her. But Amnon had a friend, whose name was Jonadab, the son of Shimeah David’s brother: and Jonadab was a very subtil man. And he said unto him, Why art thou, being the king’s son, lean from day to day? wilt thou not tell me? And Amnon said unto him, I love Tamar, my brother Absalom’s sister. And Jonadab said unto him, Lay thee down on thy bed, and make thyself sick: and when thy father cometh to see thee, say unto him, I pray thee, let my sister Tamar come, and give me meat, and dress the meat in my sight, that I may see it, and eat it at her hand.”

Passion in itself is good but when passion is going the negative direction and not taken care of, it can degrade and make one unacceptable to God

To degrade mean to debase, demean, destroy, defame, etc. What are the basic causes of a degrading passion?

Uncertain conversion – that is, when your conversion as a believer is not certain, you are not very sure of a genuine conversion experience. Unequal yoke. This has been fully explained in the danger of compromise and unequal yoke. Unprofitable association, uncontrolled appetite, unchecked overconfidence, unnoticed prayerlessness, ungodly movies/cinemas and music, undue lukewarmness in God’s service, unusual isolation, an unreasonable hardness of heart

These are basic causes of a degrading passion. Are there consequences? Let’s look at the bitter consequences of degrading passion. Numbers 25:1-2, 6-8 “And Israel abode in Shittim, and the people began to commit whoredom with the daughters of Moab. And they called the people unto the sacrifices of their gods: and the people did eat, and bowed down to their gods. And behold, one of the children of Israel came and brought unto his brethren a Midianitish woman in the sight of Moses, and in the sight of all the congregation of the children of Israel, who were weeping before the door of the tabernacle of the congregation. And when Phinehas, the son of Eleazar, the son of Aaron the priest, saw it, he rose up from among the congregation, and took a javelin in his hand; And he went after the man of Israel into the tent, and thrust both of them through, the man of Israel, and the woman through her belly. So the plague was stayed from the children of Israel.”

The bitter consequences include: Deceit and delusion, defilement and disgrace, displeasure and discipline, denial and destitution, destruction and devastation, diseases and deformation, death and damnation
Lastly, let’s look at the Biblical cure for degrading passion. Matthew 11:28; Job 31:1; 1 Corinthians 9:27

“Come unto me, all ye that labour and are heavy laden, and I will give you rest.”
“I MADE a covenant with mine eyes; why then should I think upon a maid?”
“But I keep under my body, and bring it into subjection: lest that by any means, when I have preached to others, I myself should be a castaway.”

Are you already having a degrading passion? Realize your spiritual state, recognize your helplessness, repent with sincerity, renounce all sensual association / friendship, rely on the Saviour, run from societal defilement, read the Scripture always, retreat for renewal, resist satanic overshot, reflect on spiritual things – on things above and receive the Saviour’s dominion.

In conclusion, passion in itself is good. In fact for anyone to do anything worthwhile in life, fulfil your God-given purpose, passion is needed and God gave us the passion and desire we ought to have to succeed in life but for that passion not to be degraded and for you not to be misled, you need God to control your passion and you need to allow Him regulate it. He has to be in charge – in control of all that you are so that you will not miss the mark