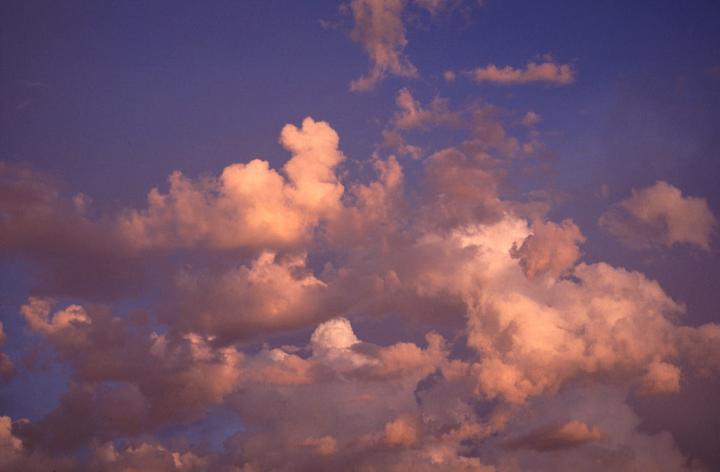 The rapture, in Christian eschatology is an event that will pave way for other end time events. Christian eschatology looks to study and discuss matters concerned with the final events of history such as death and the afterlife, Heaven and Hell, the second coming of Jesus, the resurrection of the dead, the rapture, the tribulation, millennialism, the end of the world, the Last Judgment, the New Heaven and New Earth

The word eschatology is a Greek word ἔσχατος where eschatos mean “last” and -logy mean “the study of” and a major branch of study within Christian theology based primarily upon biblical texts within the Old and New Testaments.

Today’s post focuses on one of this events known as the rapture. Some people believe that the rapture is a popular but false doctrine, attributing the origin of its theory to John Nelson Darby, a 19th-century theologian and claim that this rapture theory doesn’t stand up to the scrutiny of God’s Word taking a closer look into the Bible.

But what did the Bible say about the rapture of the saints, or the church?

Overview of the Rapture

The Rapture of the saint is going to be the world’s strangest event of all time. This pandemonium is not going to be as usual. It will be a time when some set of people all over the world will strangely become missing. Wives, husbands, men, women, bankers, pilots, sailors, captains, and what have you. Everyone in every profession at that day and hour will have their status changed.

“In a moment, in the twinkling of an eye, at the last trump: for the trumpet shall sound, and the dead shall be raised incorruptible, and we shall be changed.” — 1 Corinthians 15:52

1 Thessalonians 4:16-17 also captures the description of the rapture. It says, “For the Lord himself shall descend from heaven with a shout, with the voice of the archangel, and with the trump of God: and the dead in Christ shall rise first: Then we which are alive and remain shall be caught up together with them in the clouds, to meet the Lord in the air: and so shall we ever be with the Lord.” – 1 Thessalonians 4:16-17

There is no doubt that, when it comes to understanding the things of God, there is always a controversy because it is hard for the finite mind to comprehend the infinite mind of God, and by nature we are carnal and earthy. Jesus asked Nicodemus in John 3:10,12
“…Art thou a master of Israel, and knowest not these things? If I have told you earthly things, and ye believe not, how shall ye believe, if I tell you of heavenly things?”

The absence of the new birth experience — genuine conversion, brings complications to our understanding of scriptural truths or biblical prophecies. Where this becomes even more dangerous is when we school ourselves in all forms of religious findings and research without necessary salvation. At this point, we try to analyze God’s word using men’s philosophy. forgetting that the letter killeth, but the spirit gives light.

The new birth experience is crucial for our coming into terms with the word of God and receiving this revelation as revealed by the Spirit of God. It will also guide us from becoming victims of misguided teachings and many questionable school of thought out there about the rapture of the saints. But when things are in place, it becomes easy for us to take the word of God as the final authority. Holding firm to its teachings and getting ourselves ready for the coming of the Lord.

1 Timothy 1:3-4,6-7 KJV
As I besought thee to abide still at Ephesus, when I went into Macedonia, that thou mightest charge some that they teach no other doctrine, Neither give heed to fables and endless genealogies, which minister questions, rather than godly edifying which is in faith: so do. From which some having swerved have turned aside unto vain jangling; Desiring to be teachers of the law; understanding neither what they say, nor whereof they affirm.”

If any one should believe the rapture more, or the Bible in general, believers should. Those waiting for the coming of the Lord should. It is worthy of note that this event of catching away of the saints to meet the Lord in the air, as described in the Bible is not for everybody. It is the way God has chosen to keep his children away from the wrath that will come upon the face of the world – that is, the great tribulation

The rapture is translated from the Greek, meaning “caught up.” It is the catching away of all saints of God (born again believers) — dead and alive, to meet the Lord in the air. Though the word itself was not mentioned in the Bible but we see its application in different places as seen in 1 Thessalonians 4:16-20; Acts 1:9-11; Matthew 24:38-42; 2 Kings 2:1-12; Genesis 5:23,24 etc. It is one of the end time prophecies that will come to pass as have been prophesied. At the rapture, believers in Christ who are alive will not hinder those that are dead.

“But I would not have you to be ignorant, brethren, concerning them which are asleep [dead], that ye sorrow not, even as others which have no hope. For the Lord himself shall descend from heaven with a shout, with the voice of the archangel, and with the trump of God: and the dead in Christ shall rise first: Then we which are alive and remain shall be caught up together with them in the clouds, to meet the Lord in the air: and so shall we ever be with the Lord.” — 1 Thessalonians 4:13,16-17

The Picture of the Earth After the Rapture

There will be mass chaos in the earth after the rapture of the church. That will be the picture of the earth. It is the day when it will suddenly dawn on sinners, backsliders and the hypocrites that the end has come. It is the beginning sorrow. It is also a day when careless believers will be cut unawares by the coming of their Master, like the five foolish virgins. It’s going to be a terrible day of weeping, crying and running helter scatter. It is a day when peace will totally be taken out of the earth!

is because of God’s children’s coexistence. Believers live in the world but they are not of the world. Jesus said in Matthew 5:13, “Ye are the salt of the earth…” But when this salts (believers) will be taken away, others left behind will wish they could also be taken out of the earth too. Desires will change.

What is the Time of the Rapture?

Mark 13:32
“But of that day and that hour knoweth no man, no, not the angels which are in heaven, neither the Son, but the Father.”

Many, at some point have predicted the date of the rapture but unfortunately, they were wrong. Not that they were just wrong, they were equally foolish for trying to be omniscient and more anointed than Christ who said no man knew that date. Not one man knows the day and time of this event, not even the angels in heaven. But God alone. If this is the case, it therefore calls for watchfulness and prayer for the believers, and a sincere heartfelt repentance for the sinners and backsliders. Since this event will happen in the twinkling of an eye. That is, Christ’s appearance in the cloud with the shout of the trumpet, the rising of the dead to meet the Lord together with the saints who are alive, and taking them to heaven; there will be no time to make our ways right at the spot. The time to do so is now.

The Power of Sin

Sin is the only barrier capable of stopping man from partaking in the rapture. Since the rapture is meant to take believers away from the earth to be with the Lord, sin will hinder sinners because it separates from God.

1 Thessalonians 4:16 tells us that Christ himself shall descend from heaven with a SHOUT with the voice of the archangel, and with the trump of God:

This trumpet call will be so loud and clear that the dead in Christ will rise up to meet the Lord in the air. But sinners, backsliders and hypocrites will not hear this sound. SIN has deafened and deaden them. It is a mystery. This is the power of sin. Also, when Christ appear in the sky, all those who are truly love him will see him while others will not.

Sin is a depravity. But repentance and righteousness brings clarity.

“Awake to righteousness, and sin not; for some have not the knowledge of God: I speak this to your shame. But some man will say, How are the dead raised up? and with what body do they come?” — 1 Corinthians 15:34-35

Preparing for the rapture

Our readiness for this end time event begins with genuine conversion. Romans 10:9-11 says, “That if thou shalt confess with thy mouth the Lord Jesus, and shalt believe in thine heart that God hath raised him from the dead, thou shalt be saved. For with the heart man believeth unto righteousness; and with the mouth confession is made unto salvation. For the scripture saith, Whosoever believeth on him shall not be ashamed.”

We first come to Christ by confessing our sinfulness and unworthiness to God through his Son Jesus Christ and believe on his finished work for us at Calvary. Ask for his forgiveness and cleansing with his blood to take away our sins. Then  accept him into our life as Lord and Saviour. Live for him daily by walking in newness of life in our words and conversation with others. Being watchful and prayerful and carry out self examination all the time by looking into His word to help us see who and how we are before him. And always make our ways right in righteousness, ready to go with him at any time. As we do this, God himself will also prepare us so that that day won’t take us unawares.

What decision are you making today to secure your future with God? The rapture of the saints is not false, but a true doctrine