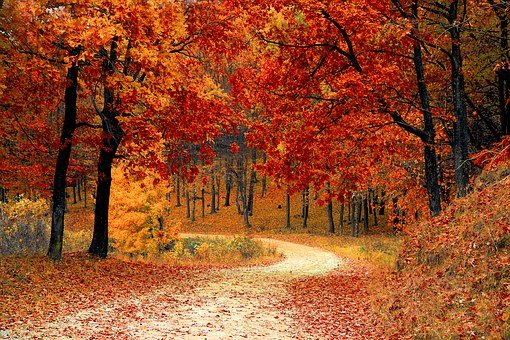 Well, one said He doesn’t believe in the existence of a God, while another strongly believes that God does exist. This post will show you 4 proves that God exists.

Matthew 11:27 KJV
“All things are delivered unto me of my Father: and no man knoweth the Son, but the Father; neither knoweth any man the Father, save the Son, and he to whomsoever the Son will reveal him.”

You can’t see God but he does exist. No man cometh unto the Son except the Father draw him. – John 6:44

1. The Creation:
When I talk of the universe, I don’t just mean the earth alone as an entity but the earth and all that is in it.2. I won’t talk much of science, I’ll just go straight to the bible because the book of Genesis 1:1-26 clearly and completely displaces every theory or assumption of science as regards the argument whether there is no God or whether the universe is as a result of one ‘big bang mistake’ out there in space or a coincidence.

There is no such thing as stability and constancy without the existence of a God. Look at the moon and the stars, the sun, the planets and all the heavenly bodies, see their stability and constancy, hanging on nothing but are yet sustained. Look at night and day, there hasn’t been a day without a night – nothing must fail. What about heat and cold, rain and sunshine. These are not coincident. This is God.

Talking of how the universe came about, God didn’t just create the universe in one day like a magician – it didn’t just appear, but he set out specific days to create specific thing or things according to Genesis 1:1-26. This displays a God that is thoughtful and strategic. Secondly, He didn’t just set out a specific day to create specific thing or things, he created first thing first – This is God on point! If it were to be as science said it, then it wouldn’t have followed this order. Thirdly, God’s creation is complete. This displays a God of perfection. He missed out nothing in his creation neither did he created what he supposed not to. “And God saw everything that he had made, and, behold, it was very good. And the evening and the morning were the sixth day” Genesis 1:31
The earth and all that is therein is created by God and He is the God of science.
This (the creation) is not an Artificial Intelligence of science neither is it a coincident; this is God in Action.

He rested. After the creation, God rested.

“All things were made by him; and without him was not anything made that was made.” John 1:3

“For by him were all things created, that are in heaven, and that are in earth, visible and invisible, whether they be thrones, or dominions, or principalities, or powers: all things were created by him, and for him: And he is before all things, and by him all things consist” Colossians 1:16

“Lift up your eyes on high, and behold who hath created these things, that bringeth out their host by number: he calleth them all by names by the greatness of his might for that he is strong in power; not one faileth.” – Isaiah 40:26

“And to make all men see what is the fellowship of the mystery, which from the beginning of the world hath been hid in God, who created all things by Jesus Christ:” Ephesians 3:9

“Thou art worthy, O Lord, to receive glory and honour and power: for thou hast created all things, and for thy pleasure they are and were created.” Revelation 4:11

2. The Tower of Babel:
Have you ever thought about it? Who brought about the different languages we speak today? Sometimes when I was younger, I use to wonder how the different languages we speak came about. And then I wonder maybe people just coil out whatever their tongue could utter and give it a meaning, and so they learned it and it became their language. But is it so? No. God distributed it.3

“AND THE WHOLE EARTH WAS OF ONE LANGUAGE, AND OF ONE SPEECH. And it came to pass, as they journeyed from the east, that they found a plain in the land of Shinar; and they dwelt there. And they said one to another, Go to (come), let us make brick, and burn them throughly. And they had brick for stone, and slime had they for morter. And they said, Go to (come), let us build us a city and a tower, whose top may reach unto heaven; and let us make us a name, lest we be scattered abroad upon the face of the whole earth.4 And the Lord came down to see the city and the tower, which the children of men builded. And the Lord said, Behold, the people is one, and they have all one language; and this they begin to do: and now nothing will be restrained from them, which they have imagined to do. Go to (come), let us go down, and there confound their language, that they may not understand one another’s speech. So the Lord scattered them abroad from thence upon the face of all the earth: and they left off to build the city. Therefore is the name of it called Babel; because the Lord did there confound the language of all the earth: and from thence did the Lord scatter them abroad upon the face of all the earth.” – Genesis 11:1-9

Perhaps you already know the story. The story above shows a God who rules in the affairs of men. He knows our where about, our intentions and our plan. He has given us wisdom to make choices and decisions, but when these men’s decisions began to run contrary to God’s plan not just them but the whole of mankind, including you and I today, He came down and scattered their project by confounding their language. Since they now speak differently, every man went his way and now they can fill the earth!

3. He Lived in this World:
Many do not believe that Jesus Christ came in the flesh and lived in this world but it is clearly stated in the bible in John 1: 14 “And the Word was made flesh, and dwelt among us” Christ actually lived in this world in the days of the apostles. He came into the world by divine arrangement according to the will of God. He came into the world as man yet God. He was 100% God and 100% man, that is, He can feel pain, He can be tired, hungry (See John 4:1-8), sad, etc. you could see him, feel him, touch him, etc. (See Mark 3:9; 5:24, 31; Luke 8:42, 45). Some of the people of those days saw him and believed that He was the Son of God, some others saw him as well but believed not. But He is. The reason He came into the world was for a prime purpose, to save and restore fallen men back to God by the death of the cross, that whosoever will believe on him will not perish but have everlasting life. He came as a substitute and a propitiator for our sins to replace sin with righteousness and the judgment of death with life for all who believe. He fulfilled that purpose for which he came for, died and was buried, and now he’s risen and is alive for evermore. Amen.

4. We Still Talk About Him:
His story never dies. People that have ever claimed themselves to be somewhat while they are not, with time, their story just fade and disappear into thin air. That’s not the case with God because He is the true and eternal God.
Even the sect of the Pharisees and Sadducees in the days of the apostles tried so hard to quench the truth of Christ but could not prevail. This was because of the conviction the disciples had which cannot be quenched. No matter their threatening, the truth cannot be covered but must surely unveil itself by the power of God. The more this sect tried to cover and shut up this truth, the more it prevailed.

“And when they had brought them, they set them before the council: and the high priest asked them, Saying, Did not we straitly command you that ye should not teach in this name? and, behold, ye have filled Jerusalem with your doctrine, and intend to bring this man’s blood upon us. Then Peter and the other apostles answered and said, We ought to obey God rather than men. Then stood there up one in the council, a Pharisee, named Gamaliel, a doctor of the law, had in reputation among all the people, and commanded to put the apostles forth a little space; And said unto them, Ye men of Israel, take heed to yourselves what ye intend to do as touching these men. For before these days rose up Theudas, boasting himself to be somebody; to whom a number of men, about four hundred, joined themselves: who was slain; and all, as many as obeyed him, were scattered, and brought to nought. After this man rose up Judas of Galilee in the days of the taxing, and drew away much people after him: he also perished; and all, even as many as obeyed him, were dispersed. And now I say unto you, Refrain from these men, and let them alone: for if this counsel or this work be of men, it will come to nought: But if it be of God, ye cannot overthrow it; lest haply ye be found even to fight against God.” – Acts 5:27-29, 34-39

This is a confirmation that Jesus lives and the truth can’t be subdued because those that believe in him are not alone but He is right in the midst of them, working with them.
“And he said unto them, Go ye into all the world, and preach the gospel to every creature. And they went forth, and preached everywhere, THE LORD WORKING WITH THEM, AND CONFIRMING THE WORD WITH SIGNS FOLLOWING. Amen.” – Mark 16:15, 20

I hope this article has been able to give you valid proves that God does exist and is Lord of All? He was, He is and forever will be.