The process of making

The process of making to becoming a model

What does Christ meant when he said, “Follow me, and I will MAKE you…”?

When Christ calls anyone unto Salvation, it’s like saying, “Follow me”. These two words are very long, and He only knows how far he wants to take a man. The one who follows have no idea of the length of the journey. The important fact is to follow for the making to begin. So, the ‘and’ joined the two words, “Follow me”, “I will make you”. That is to say, if the first is not done, the second can’t be done.

Before you become a model

Every child of God have a specific height and destination where God want to take him to. He knows exactly how wide, or big, or tall anyone who follow him will eventually become. That is His model for that man. But at conversion, this might not be known at first

When a person becomes a child of God, he is newly converted. This is not the stage of his life where people want to start running after him or look up to him as their model. As a matter of fact, he himself is still ignorant of the person he is, or the beauty resident in him. But as the young convert continues to follow Christ and wholly give himself to Him, Christ begins to make him – taking him from his raw and unrefined state to a finished, refined state – until he becomes that Christian in the mind of Christ

The process of making is not a day’s job. It takes time. It is not an overnight event that just happen in anybody’s life. It is kind of a slow, steady and continual process, until a model is formed

The four processes to becoming a model

The breaking process – When a Christian undergoes this process, Christ removes all the unnecessary and worthless things that exist in his or her life. This is the most painful process in the believer’s life because this is the stage where he must leave those ‘cherished’ bad habits of self. Pride, arrogance, self will (a stiffneck attitude), etc. are elements of the unbroken. “God will not, [or rather say, cannot] do anything with a man until he breaks him in pieces. Whenever God means to make a man great, He always first breaks him in pieces”  -Charles Spurgeon

A Christian who is not yet broken is still in his unrefined state; rough, dangerous, irritable, unpleasant, etc. That is why this is the most painful phase in the process of becoming a model

The molding process – Have you ever collected mud before from the side of a river when you were little, and make something from it? What did you notice? You noticed that the mud was very wet and sticky. That is to say, it is as a result of much water that muds are formed. The word of God is like water that both cleanses and molds us. Therefore, for this process, the molding process to begin, the Christian need enough water – the water of the word. We can’t be molded without having enough of the word in us. Also, the mud must be free from any foreign materials or composite, or else, anything you try to make out of that mud will always either have a crack or simply break. For molding to be successful and smooth, the Word must be enough in us

The making process – when the mold is set, the making process will begin. This is a careful and thorough phase, it takes the firmness of the Maker and the corporation of the one who is being made. This is the stage where the believer is either made wide, tall, medium, big, etc. depending on what the Maker has in mind for him. The believer’s corporation is needed in terms of remaining at the center of the Maker’s will for his life and trust Him for the best. The finish line is the model He want to make of him, and that is his destiny.

The mentoring process – Being under His mentorship is like drawing beautiful designs and patterns in the believer’s life. This is the process of learning, following and imitating the Master until his image is formed in the believer. [The Maker] makes sure that beyond truth taught, the [believer] acquires the right attitude toward God and their ministries. It [is] not enough for the [believer] to learn ideas without embracing the best disposition found in their Master. So the mentoring phase is one where the Maker construct the [believer’s] outlook and ministry patterns so that he would reflect His own thoughts, beliefs and actions. (Luke 6:40) -Paul Fritz (words in italic. Brackets mine) How Jesus mentored his disciples>> sermoncentral.com

The model – a model is formed after the believer have successfully gone through the four processes listed above. His life being now a finished product, refined and a beauty to behold, is now desirable and worthy of emulation. At this stage, the believer is now an example that others want to emulate

So, when Christ said, “Follow me, and I will make you…” that’s what he meant. To take you through these processes and bring out a model of you

Many in the Bible days and in our contemporary times whose life we try to emulate because of the qualities and radiance we find in them are men and women who have gone through these processes. They have been made, and that was not possible without them surrendering themselves into the hand of the Maker

Can God Make Me?

Without doubt, your life can be as beautiful as those great men and women whom God have made. While it is true that God want to make you, it is also important to know that he does not want to struggle with you. When you surrender and patiently endure as you go through the processes, the end result is – a model that radiates the glory of God (1 Peter 2:9), but if you fight your way out because of the pain, you will become a half-baked Christian

There is grace for every child who is willing to surrender to Christ to become a model. If you won’t run away from the breaking process, you can easily go through the rest, but it takes time to go through these processes, so you must be patient and remain there. You must also trust Him for a perfect model. When God breaks you and you remain, he will begin to mold you. If you remain still, he will begin the making process, and if you refuse to go away, he will mentor you, if you follow his mentorship, then you are about to become a model.

Nobody wants to emulate a half-baked Christian because everybody wants to add beauty to their life. So if you desire to be that Christian to be emulated, then these processes must be fulfilled in your life. First – be broken, molded, made, mentored, and then, you become a model. 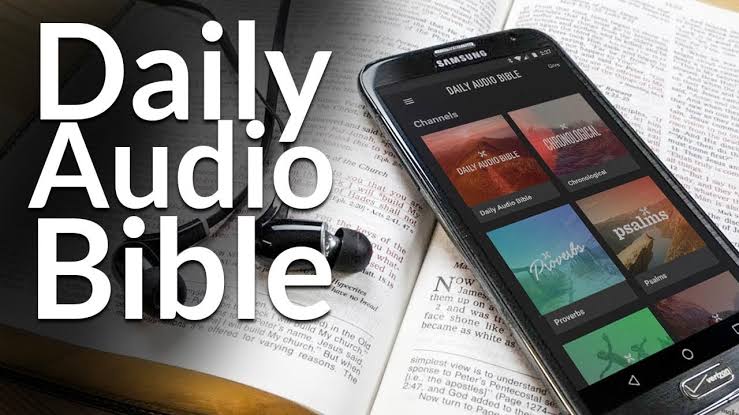 Read the Bible in One Year with audio Bible